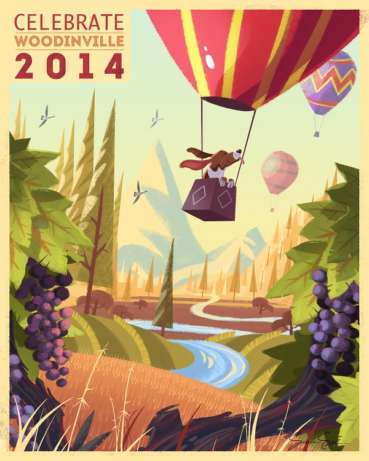 Complete information, rules and eligibility can be found on the City of Woodinville’s homepage: www.ci.woodinville.wa.us. Questions about the contest can be directed to Carol Hook with the Woodinville Arts Alliance by email: carol@carolhook.net, or by phone: 425-213-6367.

About the Woodinville Arts Alliance

WAA formed in January of 2017 and is currently working on several projects along with the Celebrate Woodinville Art Poster Contest. Such projects include a Juried Art Show at the Celebrate Woodinville Festival, rotating art displays at participating wineries and breweries, Pop Up art displays and a Studio Tour for the Spring of 2018.  For information regarding the WAA, please visit their Facebook page: www.facebook.com/WoodinvilleArtsAlliance.