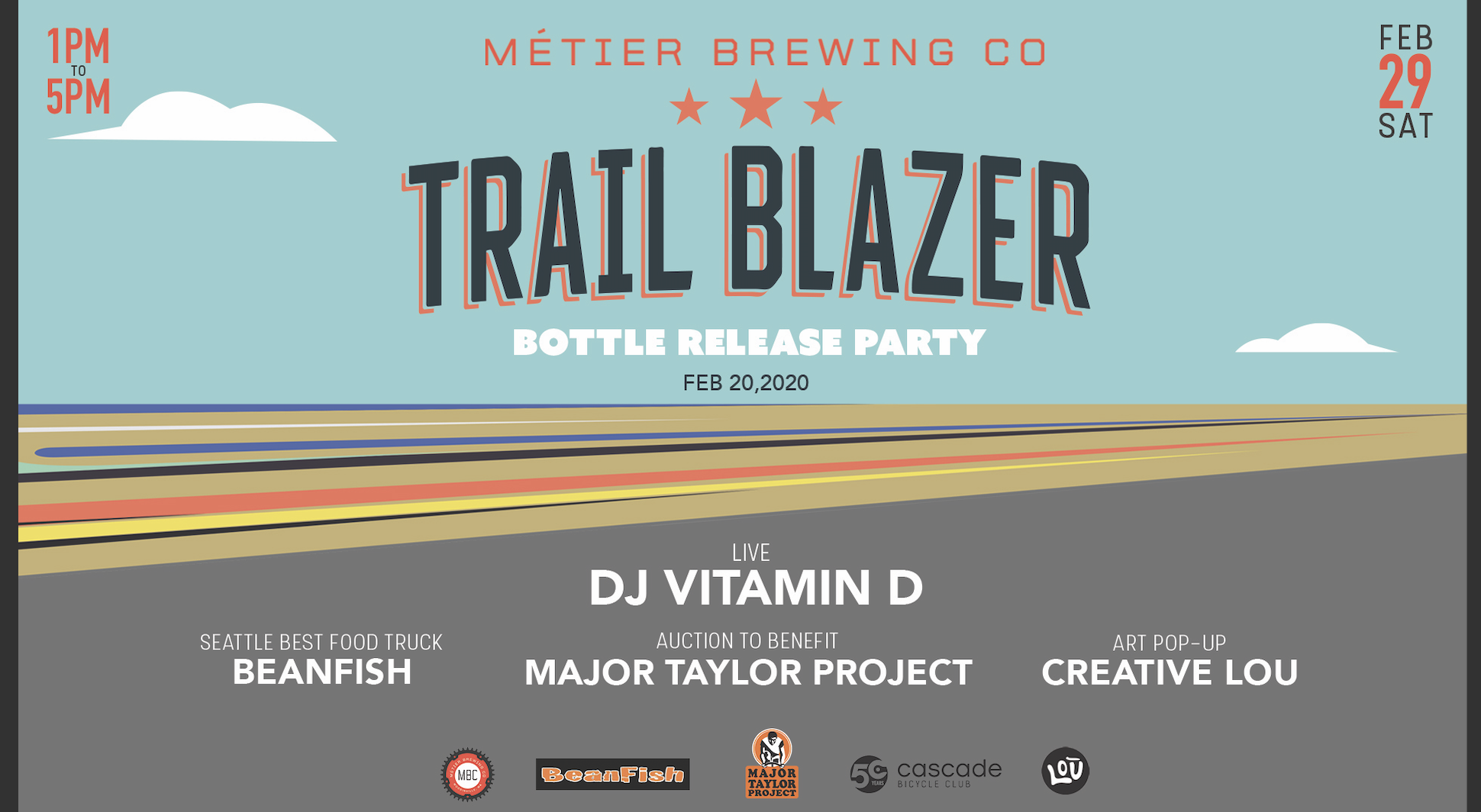 Come celebrate Black History Month with your local brewery, Métier Brewing Company (MBC), and the release of their bottled beer Trail Blazer Pale Ale which pays tribute to the legacy of  Marshall Walter “Major” Taylor, the first African American world champion and first Black cyclist to win an international sports title in 1899. Across the US, there are many riding groups named in his honor. Proceeds from this new beer supports the Major Taylor Project (MTP) here in the Puget Sound  started by Cascade Bicycle Club, the nation’s largest bicycling organization, powered by 11,000 members.

MBC has followed through with their mission to inspire bigger dreams for all via MTP. Since opening their doors, MBC has raised enough funds to purchase an official Major Taylor Project van. MTP provides youth across King and Pierce county access to bicycles and bike routes outside of their own communities. Last year, MTP empowered almost 500 students in 18 different schools. MBC will continue to support Cascade Bicycle Club’s program and honor Major Taylor’s legacy throughout the year.

At 6.2 percent, the Trail Blazer is a dry-hopped citrusy pale ale that is refreshing enough to enjoy any time of the year. This beer was released at the end of 2019 and has been raising revenue for good. As CEO Rodney Hines puts it, “Our Trail Blazer Pale Ale is now a top contender when it comes to Métier’s best brew.”  The new bottled version will allow the beer’s impact to transcend the taproom and burgeon success in the new decade. The Trail Blazer package is available to purchase online via MBC’s website. Pick-ups begin Friday, Feb 28, or you can wait until the release party Saturday, Feb 29 to join in on all the festivities at your favorite local brewery!

While you’re having all this fun, don’t forget to place your bid for the MBC Silent Auction benefiting the Major Taylor Project.  Cascade Bicycle Club is donating a season pass, good for most of their rides for the year, including the Seattle to Portland and Emerald City Ride. MBC will also have some great items, including a brew session for the winner + four friends, as well as a signed discography from Macklemore!